Barbadians refer to themselves informally as Bajans. Bajan culture evolved from historical roots dominated by West African origins the majority population mixed in with Irish, Scottish and English influences. English is our official language, but the Bajan dialect in which it is spoken is the most noticeable feature of Bajan culture. 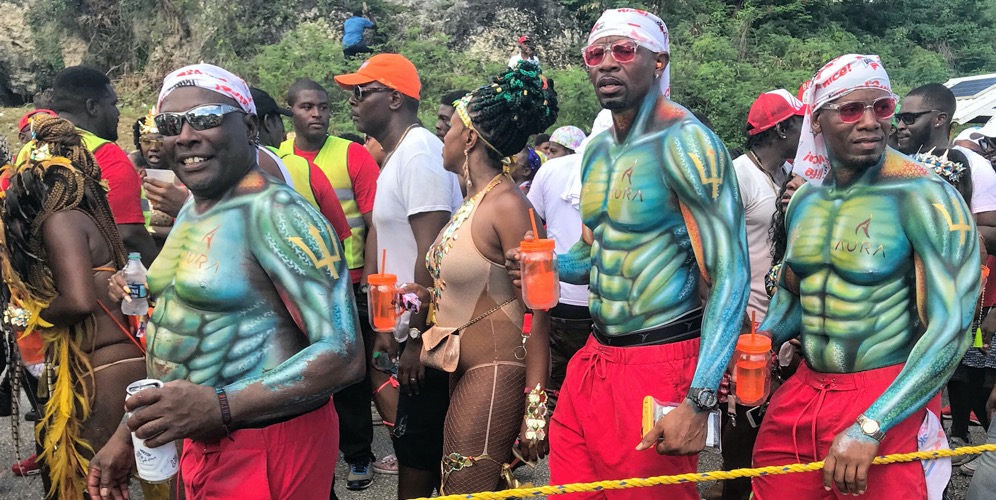 Bajan dialect can be a challenge for a visitor to understand because although it uses mostly English vocabulary, it contracts and elides syllables and is usually spoken very quickly. In addition, it is sprinkled with words of West African origin such as wunnuh/wunna (you plural) and buckra (Caucasian person). Bajans are all fluent in standard English though, so communication is not a problem.

Barbados is a polite society and you are expected to acknowledge people by saying “good morning” or “good evening” whenever you encounter either friends or strangers. When you walk into a coffeeshop you should say good morning to those who are already there; when you are already in the coffeeshop you should respond good morning to each new customer who walks in; when you are strolling along the beach or the sidewalk you greet people you pass by unless it is so crowded that you would never stop talking. You will never go wrong in Barbados by being too polite.

Bajans couple their politeness with a strong sense of social propriety. This means that skimpy bikinis are fine on the beach, but do not wear them on the street. It is against the law for women to go topless in public unless they are discreetly nursing an infant, but the costumes for our carnivalesque Cropover celebrations are often innovative explorations of the distinction between tops and toplessness. For Bajans there is a time and place for everything, and they will object to visitors who try to blur these boundaries of propriety.

Music and dance are inextricable and important parts of Bajan culture. Our traditions share many elements with other parts of the African diaspora: West African rhythmic roots, Trinidadian influences in the satirical social commentary of Calypso, Jamaican Reggae music’s social consciousness, cadences and inflection from American soul music, the experimentation and iconoclasm of American jazz, all stirred into a uniquely Bajan expression.

When Bajans hear music we move to it. It can be a very subtle syncopation as we walk down the street or it can be the extravagant gyrations that we call “wukkin’ up.” It is so much a part of the way we live and breathe that it is a necessary aspect of our self expression. So join in, feel the rhythm.

The most dominant local genre is soca music, a Trinidadian invention defined as the soul of calypso. It is a modern style of calypso music which incorporates diverse influences from other popular music genres. It can be melodic and soulful or frenetic and rhythmic... with lyrics that range from sweet to bawdy and trivial to profound.

Bajans listen to music from all around the world, and we are enormously proud of Robyn Rihanna Fenty, our most internationally successful musical export. We celebrate not only her musical talent, but also her business savvy and philanthropic commitments.

Historical Bajan cuisine was an eclectic mixture of African and British influences formed by its economy and history. Traditional dishes were often built around ingredients that were affordable for the majority population. Cou-cou is one such dish: a cornmeal pudding that was cheap and filling even though the cornmeal was imported in bulk from elsewhere... it was often eaten with salt cod for protein and flavour even though the cod was likewise imported. Souse is a delicious dish made with pork pickled in onion and lime juice and served with cucumber and pepper. Traditionally, the very cheapest pork was used: ears, tail, trotters and other cuts often considered waste. That Bajans made these ingredients into a wonderful delicacy is a feat of culinary genius, however using good cuts of pork just makes it all that much better.

Barbados is the birthplace of rum, and the best rum in the world is still produced here. There are three outstanding local distilleries: Foursquare Rum Distillery, Mount Gay Distilleries, and St. Nicholas Abbey… they are each worth a visit. Our local beer is also very good. Banks beer is the most widely available brand, but small craft breweries like 10 Saints Brewing Company and Dreadhop Brewing are producing a wide variety of excellent brews.

Bajans love to party, so just about any occasion can be a good reason for a celebration. The biggest party is the Crop Over Festival, an annual 2 month-long celebration of Bajan music, arts, food, and culture. It is rooted in the historical harvest celebration after reaping the sugar cane crop, but it has evolved into a carnival with a large variety of a variety of public and privately held events. The culmination of the festival for many is the Grand Kadooment road march, where costumed masquerade groups dance down the road behind music trucks and moving cocktail bars dressed in extravagantly decorated or barely there costumes of colorful feathers, fabrics, paints, jewels and flowers.

Believers of every faith are welcome in Barbados and most can find a local community of co-religionists:

For the past six decades gay Bajans have risen to the highest levels of both government and the private sector, but they have almost all remained in the closet because of social prejudice against them.There are still colonial laws on the books which criminalize aspects of gay sexuality and these contribute to the insecurity that gay Bajans feel. Same sex marriage is not legal here, but the government recently made small shifts which move in the right direction, including the promise to institute and recognize civil unions for couples of the same gender. On 12 December 2022, the Barbados Supreme Court declared the so-called sodomy provisions which criminalized consensual sexual intercourse between adult persons of the same sex a violation of fundamental rights and freedoms- freedom of express and right to privacy. 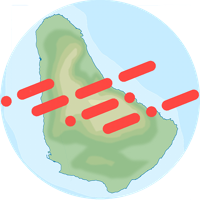